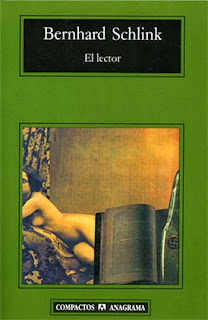 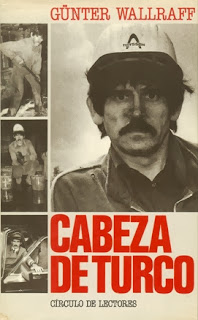 The Melancholy Death of Oyster Boy


He proposed in the dunes,

they were wed by the sea,

their nine-day-long honeymoon
was on the isle of Capri.

For their supper they had one spectacular dish-
a simmering stew of mollusks and fish.
And while he savored the broth,
her bride’s heart made a wish.

That wish did come true – she gave birth to a baby.
But was this little one human?
Well,
maybe.

Ten fingers, ten toes,
he had plumbing and sight.
He could hear, he could feel,
but normal?
Not quite.
This unnatural birth, this canker, this blight,
was a start and the end and the sum of their plight.

She railed at the doctor:
“He cannot be mine.
He smells of the ocean, of seaweed and brine.”

“You should count yourself lucky, for only last week,
I treated a girl with three ears and beak.
That your son is half oyster
you cannot blame me.
…have you considered, by chance,
a small home by the sea?”

Not knowing what to name him,
they just called him Sam,
or, sometimes,
“that thing that looks like a clam.”

Everyone wondered, but no one could tell,
When would young Oyster Boy come out of his shell?

When the Thompson quadruplets espied him one day,
they called him a bivalve and ran quickly away.

One spring afternoon,
Sam was left in the rain.
At the southwestern corner of Seaview and Main,
he watched the rain water as it swirled
down the drain.

His mom on the freeway
in the breakdown lane
was pounding the dashboard-
she couldn’t contain
the ever-rising grief,
frustation,
and pain.

“Really, sweetheart,” she said,
“I don’t mean to make fun,
but something smells fishy
and I think it’s our son.
I don’t like to say this, but it must be said,
you’re blaming our son for your problems in bed”.

He tried salves, the tried ointments,
that turned everything red.
He tried potions and lotions
and tincture of lead.
He ached and he itched and he twitched and he bled.

The doctor diagnosed,
“I can’t be quite sure,
but the cause of the problem may also be the cure.
They say oysters improve your sexual powers.
Perhaps eating your son
would help you do it for hours!”

He came on tiptoe,
he came on the sly,
sweat on his forehead,
and on his lips – a lie.
“Son, are you happy? I don’t mean to pry,
but do you dream of Heaven?
Have you wanted to die?”

Sam blinked his eyes twice.
But made no reply.
Dad fingered his knife and loosened his tie.

As he picked up his son,
Sam dripped on his coat.
With the shell to his lips,
Sam slipped down his throat. 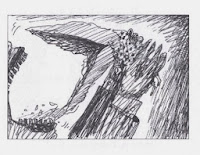 They buried him quickly in the sand by the sea
- sighed a prayer, wept a tear –
and were back home by three.

A cross of gray driftwood marked Oyster Boy’s grave.
Words writ in the sand
promised Jesus would save.

But his memory was lost with one high-tide wade.

Back home safe in bed,
he kissed her and said,
“Let’s give it a whirl.”

Tim Burton
The Melancholy Death of Oyster Boy & Other Stories
No hay comentarios: